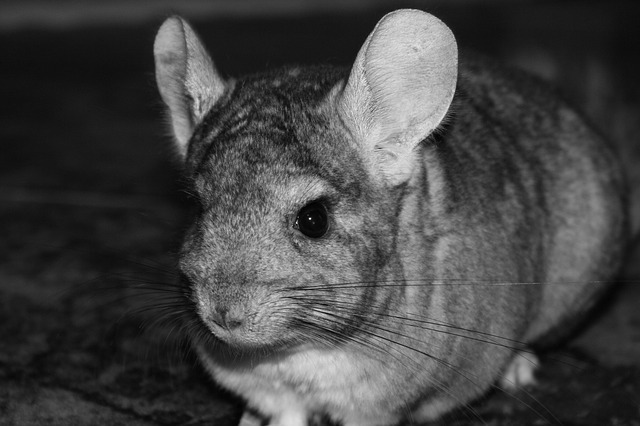 There are many factors to consider before adopting a pet.

You need to know what they eat, how active they are, and potential health concerns. But it is also important to know their life expectancy.

This is no different for chinchillas. Before adopting a chinchilla, you need to understand how long they will live. And there are a variety of factors that influence a chinchilla’s lifespan.

In this post, we will discuss the factors that influence a chinchilla’s lifespan. This will help you decide if chinchillas are the right pet for your home.

Just like any animal, there are many different factors that influence a chinchilla’s lifespan. In this section, we will take a deeper look at these factors.

This is the main factor that influences a chinchilla’s lifespan. Wild chinchillas typically live less than ten years. Chinchillas originate from South America. In this region, they are often illegally hunted for their beautiful coats. In addition to poachers, wild chinchillas are also hunted by predators. Owls, foxes, and cats all hunt wild chinchillas. Finally, their natural habitats are quickly being destroyed. All of these factors prevent wild chinchillas from living as long as they are biologically capable.

If chinchillas consume a diet high in sugar, they can develop health issues. These might include diabetes or stomach issues. A diet consistently high in sugar can ultimately result in a premature death.

Also, chinchillas should not be fed foods high in moisture. Moisture can cause a chinchilla to retain gas and bloat. Sadly, this can cause severe stomach problems that can lead to sudden death.

But, if chinchillas are fed a diet consisting of hay, nutritious pellets, and water, they can live a long and healthy life.

Too much water could result in bloating. But, if you use a water bottle, this shouldn’t be a problem.

Keep in mind that these bottles can quickly grow bacteria and become clogged. This could cause your chinchilla to develop serious health problems or dehydration. Make sure you regularly clean their water bottle and monitor their water drinking habits. Many chinchilla owners keep two water bottles. This way, their chinchilla will still have access to water while one bottle is being cleaned.

Chinchillas originated in the Andes Mountains. These animals are naturally accustomed to cooler climates. In general, they prefer temperatures below 80 degrees Fahrenheit.

These creatures cannot sweat, so they are prone to overheating. If a chinchilla is kept in high temperatures for too long, they are at risk of dying from heat stroke.

Chinchillas are naturally social creatures. In the wild, they live in groups. So pet chinchillas need companionship to thrive.

Pet chinchillas are generally happier and healthier if they live with a companion chinchilla. But, if you only want to adopt one chinchilla, make sure you are able to give it frequent attention.

Also, chinchillas can easily become stressed if they are exposed to other pets. Avoid introducing your chinchilla to a dog, cat, bird, or other pets. This can be a very stressful situation for your chinchilla because they will feel threatened by these potential predators.

Chinchillas need regular exercise to stay healthy. So, they need enough time out of their cage to run around.

Also, dental care is extremely important for chinchillas. Their teeth continue to grow throughout their entire lives. As chinchillas chew, they naturally grind down their teeth. But, if they are not given something to chew, their teeth will grow excessively large. And eventually, they won’t be able to eat. So, make sure to give your chinchilla non-toxic chew toys.

As we discussed earlier, diet plays an important factor in a chinchilla’s lifespan. If chinchillas develop diabetes, fatty liver disease, or bloating, these could severely limit their lifespan.

Now that we have discussed lifespan factors, let’s look at how long chinchillas can live.

Wild chinchillas often live less than ten years. They are sadly killed by predators or hunters before they would have naturally died.

But domesticated chinchillas can live for 15-20 years. With a proper diet, health care, and adequate companionship a pet chinchilla could live for two decades.

Pet chinchillas can live for 20 years. This is a significant amount of time. So before you adopt a pet chinchilla, make sure you are ready for this long-term commitment.

Before you adopt a chinchilla, make sure you consider the following:

Chinchillas are often wonderful pets. Many people own and love chinchillas. They are very sweet and adorable creatures. But, it is important to consider every factor before adopting an animal. Once you become a pet owner, you are responsible for the well-being of that creature.

With proper care, nutrition, and companionship, pet chinchillas can live for 20 years. This is much longer than they usually live in the wild. But pet chinchillas don’t have to worry about hunters or predators.

If you plan to adopt a chinchilla, make sure you are prepared to take on this responsibility. But, if you are ready, chinchillas make wonderful pets. They are perfect for someone seeking a long-term companion.

Were you surprised by the long chinchilla lifespan? Let us know below!